A few days ago I sent out a LinkedIn poll question asking people what they were most grateful for. I received some interesting answers. One claimed gratitude for everything from their 2 cars in the garage to always having a fresh roll of toilet paper in the bathroom. Really? I’m hoping that the t.p. remark was said in humor because if it weren’t that would be downright sad.

Then there were the handful that as the reader I could feel their gratitude for everything from learning to walk all over again after an accident to a father being grateful that his son had beat death. I have sons and that one left me asking myself, “What would I do, how would I act if something happened to my boys?”

One kept resonating within me. The responder was just grateful to be alive for the past five years after a life threatening bout with cancer.

Gratitude is just the opposite of having a bad attitude about what you didn’t get versus being happy with what you do have.

I guess I could have a bad attitude about not having a job, but that would prevent me from trying to find gainful employment to take even better care of my sons.
I could use a new car, but mine is just fine. I bought my SUV the day after my first son was born because I didn’t want my son driving around in a small sports car.
There’s lots of things I would like to have but their just wants and not needs.

The bottom line is we’ve all got one shot here on this good Earth (I think) and we should make the best of it. Enjoy the ride because most of the time it’s an “E” Ticket Ride and remember that when things get tough you’re never going to get more than you can handle and I know that to be true.

I love this quote from William Arthur Ward, author of Fountains of Faith
Feeling gratitude and not expressing it is like wrapping a present and not giving it.

Enjoy the rest of the holidays, spend time with those that you care the most about and share your gratitude with those who need it. 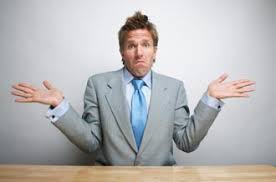 All VAR’s are not equal nor are they the same. Some VAR’s shouldn’t be VAR’s which makes the exceptional VAR’s stand out even more, but gives the entire industry a Big Black Eye. This is just my opinion but some partners should close their doors and find their core competency and go do it.

Pre-2000 deals were flowing and everyone was happy, except for the customers. They were unhappy because they found that selling the solution was but a small part of the process and a lot of these customers were left out in the cold silently, and sometimes not so quietly cursing the entire industry. They were justified in their anger and disappointment.

What they found, much to their dismay was that not all VAR’s had their best interest in mind. This reminds me of Ben Franklin’s quote which was written more than 200 years ago;

“The bitterness of poor quality remains long after the sweetness of low price is forgotten.”

Deloitte and Touche did a study a few years back. They asked first and multiple time purchasers of Accounting Software what their #1 criteria was for choosing a system. (See Results Below)

Software’s ability to fit the business

Take a look at the top 5 in the second group. The level of support provided by the local VAR was #1. I have shared this study with many prospects over the years, 50% took a look at it and still decided that price was the most important and paid the price. I’ve had many calls from prospects who chose price over substance asking us to clean up the mess from the partner they chose. The other 50% bought the right solution from the right partner and lived happily ever after! I recently ran into a Sage Software distributor who doesn’t have any in house resources to implement MAS products and yet call themselves a VAR. Apparently they’re unaware that VAR is the acronym for VALUE ADDED RESELLER intimating that the reseller provides Value. They can sell and they can provide support for the customer. If there are any potential customers reading this please don’t make the mistake that many others have made by choosing your Solution Provider on price alone.