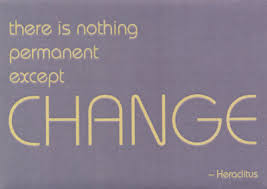 I’ve been doing a lot of thinking about change lately and the reasons for each individual event have one basic conclusion, but we’ll get to that later.

What’s your initial response when the company you’ve worked for a period of time experiences significant change in the overall ownership structure? My first reaction is one of fear and that fear is usually based around one re-occuring. “What Am I Going To Lose?” With that one simple question my mind can run off in all sorts of directions that aren’t healthy for me or anyone around me because that’s when the negativity & fear of the unknown start to cultivate & grow in my mind. 95% of the time when I have speculated about what change is going to bring is so off the mark that I feel like a moron.

This is also the time that I start to speculate about those changes. The best definition of speculation is “a message expressing an opinion based on incomplete evidence.” The key phrase is incomplete evidence. Apparently it was pretty evident to others that I wasn’t dealing well with the changes that were going on around me so they gave me a book to read titled Managing Transitions by William Bridges. In it he says the following;

“Change,” which he describes as external and public, and “transition,” which is internal, private, and psychological.  He claims that change is relatively easy but transitions are more difficult and emotionally demanding.  He states “Transition is the psychological process people go through to come to terms with the new situation….and, it is these interior processes of learning and adaptation—not the external facts of change—that are underestimated and can be treacherous to one’s health and happiness.” 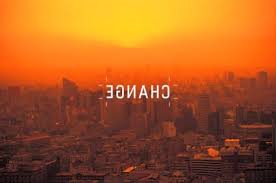 “ In our highly mobile society, where change and ambition are considered coin of the realm, people fail to recognize that any transition process—in life, in love, in work—not only requires adapting to a new situation, but it means letting go of old habits.”

Prior to reading this book I didn’t realize that there were two parts to change. I just thought that I thick headed and stubborn. Well, maybe there’s still some of that, but……

You might ask why I’m writing about this at this juncture. Since you asked I’ll tell you. Sage is going through some major changes in terms of re-branding its entire product line. There’s been a lot of discussion amongst the Sage partners about how it’s going to affect their bottom line. 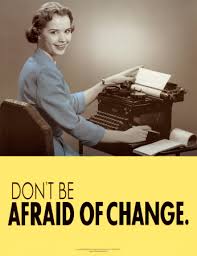 What’s interesting to me is that I haven’t lost a minute of sleep because I understand the need for a change so I’ve passed through the Transition phase with flying colors and am anxious to see how this all works out.

2 thoughts on “Transition Versus Change”