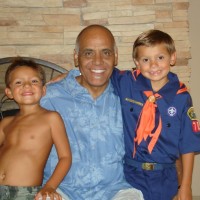 Okay, so the heading is just a bit over the top, but I don’t believe by much.

I’ve had several websites over the past few years & when I used to speak of them it was always from the Analytics perspective. How many unique visitors did the site have? How much time were they spending on it? What was the Bounce Rate? What city were they arriving from? What foreign countries, etc., etc., blah, blah, blah ad nauseum.

I realized that we had been sold a bill of goods by Google and took the current Analytics at face value as gospel. It was also, I believe, a stroke of genius on their part when they made these available to anyone by offering them at no cost.

What did those metrics really say? More importantly what didn’t they say?

“Most businesses measure only Activity Metrics which I’ve come to believe don’t tell the whole story. What we should be looking at are Outcome Metrics  which monitor impact,” according to Jonathan Becher, CMO SAP.

After reading his brief column titled “Counting What Counts: How Outcome Metrics Have Changed the Game” in the Sept. 24th issue of Forbes Magazine, I felt that I has found a kindred spirit.

This idea that maybe we were looking at the wrong metrics was the basis for the movie Moneyball in which Billy Beane, then the General Manager of the Oaklands Athletics MLB team turned the baseball world upside down with his theory. He had a lot of naysayers within, old school scouts, owners, even his own team manager.

In baseball where $10 million plus annual salaries are fairly common Beane was given a very small budget  ($40mil) to field a team of 25 active players & 15 others who make up a 40 man roster. Beane determined that baseball had been all wrong in what metrics it was using to draft & trade players & what their dollar value was to the team. Statistics such as stolen bases, runs batted in, and batting average, typically used to gauge players had been determined by Beane to be relics of an earlier time.

Instead he theorized that metrics such as OBP (On Base Percentage) SLG (Slugging Percentage) were the Impact Metrics & were far more important than RBI’s, SB’s, & BA.

Oakland went on to a 103 – 59 record, second only to the New York Yankees who finished the year with a 103-58 season at the cost of over $100 million just for player’s salaries to achieve the same number of wins.

Becher goes on to say “We live in an increasingly data driven world. Unlocking the power of the data & analytics provides insights & a competitive edge….”

This is exciting to me & I plan on looking more into the Impact Metrics versus the easily attainable Activity Metrics that we currently put so much faith into.

I now know what Ed Kless feels like when he’s attempting to teach software partners a more financially sound method of billing for their services. Many of those partners are CPA’s, a group who thrive in the thrill of Hourly Billing. I believe that it takes courage & a firm conviction to believe in something that is totally opposite of the “norm.” It makes it expodentially difficult when you exist in a world that lives on the time worn creed, “But that’s the way we’ve always done it.”

Come & join the members of the most dynamic LinkedIn Group for our Fall meetup.

This is a fantastic opportunity to network with your fellow colleagues & make new acquaintances.

We’ll have an All Star panel to talk about the topics that YOU choose.
Our Platinum sponsor, Altec, & their dynamite Events Team that is lead by April Blankenship & her 2nd in command, Allison Alonzo have secured a beautiful location for this Meetup.
They’re supplying us with breakfast & we’ll have a Webex connection for those who are interested in the meeting but are geographically unable to attend that is being setup by  Moira Goggin of Chismet Consulting.
We’re looking for raffle prizes from partners, we’re going to give you a chance to talk briefly about your product.
We’d like you to choose 3 topic suggestion for the meeting.
_____Learn about 3rd party add-ons & other Sage updates
_____Identify ways to maximize your involvement in this group. “Get The Most From Your Post.”
_____Network with Sage Partners & 3rd party vendors.
_____Keep up with trends affecting the ERP/CRM industry & technology
_____Exchange views on the Summit topics & sessions. Got ideas for sessions? We want to hear them
_____Discover ways to excel in your business & differentiate yourself from your competition
(Rank your priorities 1 -6 / 1 Higest, 6 Lowest)
We look forward to seeing you on Oct. 11th.
Have questions?
Bill Kizer; 760.518.2493
April Blankenship; 949.727.1248
Allison Alonzo; 949.727.1248
Moira Goggin; 562-989-8400
John Hoyt; 818.572.7537
33.208581 -117.262473

“To speak or write in favor of; support or urge by argument; recommend publicly.

Would an advocate bring value to a company? You bet they do because true company advocates are hard to find even when all is not well in The Mother Ship.

According to Weber Shandwick; who is one of the world’s leading global public relations firms  say that people are quicker to take action on issues and causes, make decisions to buy products and services, and express satisfaction and dissatisfaction than ever before. Advocates can be further defined as individuals who forge emotional bonds and higher levels of involvement with companies, brands and issues. Three types of Advocates emerged from a recent survey;  High Intensity Advocates, Low Intensity Advocates and Badvocates

Advocates are much more likely than average adults to pay a premium for brands they support. They vote with their wallets and provide tangible returns for the brands they champion.

Nearly three out of four Advocates pay more for select brands compared with approx. 4 out of 10 global respondents who are willing to do the same.

Advocates stand by companies they support in time of trouble. They’re more likely to give companies the benefit when controversy rises. When reputations are in danger, companies can count on their Advocates to help stabilize revenue and sales. Companies should engage their Advocates before needing their support.

Badavocacy  or the act of actively detracting from companies, brands or products, is more likely than Advocay to travel through personal networks. When encountering a negative experience Badvocates take their stewardship seriously. They feel more responsible than Advocates for cautioning others about which products or brands to use. In less direct channels, writing, blogs, web sites and podcasts are just as likely to be used by both Advocates and Badavocates.

Why a blog about the importance of advocates vs. badvocates? The company that I’m referring to is in a time of internal changes, changes that will bring a different perspective to the technology landscape and according to those who stand to lose the most as a result of these changes they are not happy. The noose tightens and the wagons are drawing in closer for more protection. We’re not talking about newcomers to the game, we’re referring to people who have been around a long time and for most of that time they were advocates.

September 30th is the end of the fiscal year and the true barometer of this lack of respect for company advocates will be known at that time. All I can say is that I don’t consider myself an 100% advocate of this company any longer for many reasons but I’m not ready to jump onto the Badvocate camp quite yet.

Too often companies have employees making decisions that change relationships drastically without any history of that relationship and I believe strongly that is the case in the company that I’m referring to.

If I were any lesser of a man I would publish the company name and the individuals who are making those decisions but I was taught to take the High Road and once again that’s the road I’m taking.

I’ve been hearing more and more this year that I have to go to Henderson, Nevada & take the Tour of Zappos. Its supposed to be incredible, blah, blah, blah. I’d heard that if you contacted them that they would send you a copy of the Zappos Culture Book, a collection of personal written statements by the employees. In a random sampling I started to get intrigued by what they were saying about the place that they spend the bulk of their day.

I wasn’t impressed by them when it took them 6 weeks to get my Culture Book in my hands. Order lost, second one sent to wrong address,wrong zip, wrong street, wrong city, wrong state.

no results. Finally I sent them the e-mail that no one ever wants to get from me. I call it “Come to Jesus Letter Via Social Media.” I even have a template of it, just in case I forget something.

One day after my last round of e-mails with them I received the Zappos Culture Book, a signed copy of “Delivering Happiness” written by Tony Hsieh, CEO of Zappos and one small item, still don’t know what it is, my sons will. Some people think that you need to overwhelm your clients with semi expensive gifts at Christmas.
We go out of our way to make sure that we send to them their favorite Champagne, Scotch, etc.

There was one additional item in the package that I’m going to save. It has a retail value of less than $2 but to me it was the most valuable item that I received.

It was a HAND WRITTEN card from someone name Rocco apologizing for the mixups. It completely wiped out the mistakes & made me a Zappos fan. It was a WOW experience. By the way it was sent from Rocco DeBenedictis who has the title of Culture Magician and it read…..

“Dear Bill, I do apologize for the long delay….If there is anything I can help you with, please let me know…..Rocco

The card meant the most to me. I am now a Zappos fan just like Tammy Mathews,  Ed Kless, Himanshu Palsule & Judy Thornell.

If you’ve had a WOW experience with Zappos please share it in the comments section.